Austin’s venture capital market is typically driven by meetings over coffee, dinners, office visits and handshake deals. Now, like many sectors that have shifted to remote work amid the coronavirus pandemic, VC investors have turned to Zoom calls as they deal with the uncertainty of how to do business from […]

Now, like many sectors that have shifted to remote work amid the coronavirus pandemic, VC investors have turned to Zoom calls as they deal with the uncertainty of how to do business from afar.

Even as they adjust and weather the storm created by the outbreak, Austin startups and investors say the second quarter wasn’t as bad as many had feared for the VC sector, and that they are cautiously optimistic that VC funding will continue to flow the rest of the year.

Austin-area companies raised $257 million in 35 funding deals, according to the latest report from PricewaterHouseCoopers and CB Insights, which tracks venture capital deals nationwide. That was a 31.6% drop from the second quarter of 2019, when $376 million was raised in 47 deals. It’s also a big drop from the $515 million raised in 34 deals in the first quarter of this year. PricewaterHouseCoopers had originally reported that Austin-area companies raised $362 million in the first quarter, but has now revised the numbers upward. The higher number is attributed at least in part to revised funding rounds from several companies.

Industry experts say that while Austin’s second quarter numbers are down, they are better than had been expected, as the pandemic brought the U.S. economy nearly to a halt for a portion of the three-month period.

Tom Ciccolella, a partner with PricewaterhouseCoopers, said that despite the dip, he was surprised to see the strength of the market. He said the figures weren’t Austin’s best, but are still in the ballpark of the region’s historical numbers.

The amount of funding and number of deals that got done amid the pandemic shows the resiliency of the market, Ciccolella said.

“As I look at the numbers, there is no cause for concern at this point,” he said. “There’s a healthy market in Austin, as well as across the county.”

Chris Pacitti, founder and partner of Austin-based Elsewhere Partners, had said in March that trying to navigate the venture capital world during the pandemic was a bit like flying blind.

Pacitti had previously predicted Austin startups could see as much as a 50 percent reduction in funding this year. He said he is now more optimistic, but said the investor market is still adjusting.

“It feels like trying to read a book and I can’t find my reading glasses. So things are pretty blurry still,” Pacitti said. “Everybody’s trying to figure out when is this pandemic going to settle down, when we’re going to get back to normal, what is the new normal, and what the long-term impacts of all this economic headwinds will be.”

Texas overall saw similar patterns. Statewide, companies raised a combined $420 million in 59 deals in the second quarter, according to the report. In the same quarter of 2019, those numbers were $757 million in 80 deals.

Austin still saw several sizable deals in the second quarter, with local companies landing six of the 10 largest funding rounds in the state.

Real estate tech startup Ojo Labs raised one of Austin’s top deal, at $62.5 million. The company said in June it’s using the money to expand its offerings through acquisition

Austin-based Shattuck Labs likely raised the largest round in 2020, announcing it had raised a $118 million round earlier this year. The company’s Securities and Economic Exchange filings for 2020 show the company raised $25.4 million in February, and $83 million in June. The rounds were not included in the second quarter report.

Deals did largely occur with companies that are in earlier stages and smaller dollar amounts, a pattern that isn’t unusual for Austin.

Deals were also largely concentrated in the technology sectors, including Internet, mobile and communications, and software. Technology as a sector largely was able to shift to remote working early in the pandemic, shielding many companies from the most extreme impacts of the pandemic.

“Austin is a major software hub and software is one of those categories broadly that tends to be economically resilient,” Pacitti said.

It’s also one of the few sectors where the pandemic has accelerated opportunities for some companies. Telehealth, biotechnology, communication and remote work technology, cybersecurity and education technology have all become much more relevant and in demand in just a few short months.

Mike Smerklo, co-founder and managing director of Austin-based Next Coast Ventures, said emerging trends like future of work, retail and telehealth are companies investors have been excited about, but the pandemic has accelerated their growth.

“We think that our portfolio companies that perhaps had a two-year view or three-year view and that got brought forward, in a good way, to six months because of the new normal while working,” Smerklo said.

Smerklo said the shift to remote work could also open up opportunities for Austin companies as the value of being in high-network areas like the San Francisco Bay area is reduced.

For investors, who have also switched to remote work, the adjustment goes beyond moving out of the office.

The venture capital market typically relies heavily on personal interactions to get to know startups’ founders, their teams and offerings. That’s difficult to replicate over the phone or on video calls.

“Part of our job is to build a multi year partnership with the entrepreneur and help her think about her business and make sure she feels good about how we’re going to show up,” Smerklo said. “A lot of times that builds out of the office, over a cup of coffee or glass of wine. That last part of the equation has been removed.”

Pacitti said investors are being stricter than usual with more reference checks and other due diligence.

“You’re accustomed to not just an hour long or two hour long diligence discussion or various functional discussions, but usually you go to dinner, you get to know each other, and judge chemistry and all those kind of things. There is an element of in-person interactions that you can’t replace in a Zoom session,” Pacitti said.

Smerklo said one of the hardest parts is just looking at what the next year might look like.

“Right now we’re trying to work past the next 12 to 18 months knowing that it’s going to be hard to predict and choppy,” Smerklo said. “But if you believe in the story, believe in the long-term value proposition, that’s where the excitement comes.”

Both Pacitti and Smerklo predicted a stronger second half of the year, as investors get more comfortable, more data becomes available and they begin to expand outside of companies they had existing relationships with.

In the first half the year, many investors looked to their existing portfolio first, they said, or to companies they had worked with before the pandemic. In the second half, more deals are likely to get done with new partners, they said.

“Looking at quarter two or three and four, everybody’s now trying to figure out how to get comfortable with making an investment mostly virtually,” Pacitti said.

He predicted there will be more of an uptick in investment, including larger deals, as more information comes in on how companies are performing, how things are evolving and more macroeconomic clarity comes.

“By quarter three you’ll have more than data, you’ll have a pattern,” Pacitti said. “I think that will make investors more comfortable.”

Smerklo said he is also optimistic, based on conversations his firm has had with companies.

“We’re pretty excited about the second half of the year and the opportunities we’re seeing,” Smerklo said. 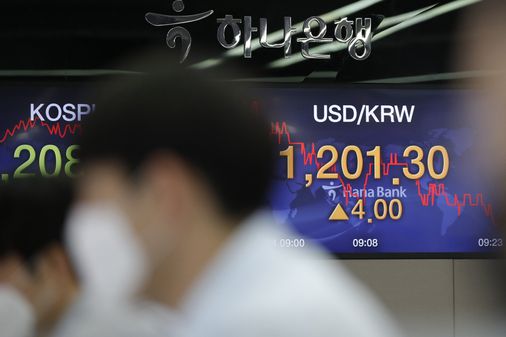