George Floyd’s killing at the hands of Minneapolis police—the latest in a grim drumbeat of similar deaths over many years—has sparked worldwide protests denouncing racism and law enforcement’s abuse of power. Floyd’s May 25 death may have gone largely unnoticed had it not been recorded by multiple smartphone-wielding bystanders, whose […]

George Floyd’s killing at the hands of Minneapolis police—the latest in a grim drumbeat of similar deaths over many years—has sparked worldwide protests denouncing racism and law enforcement’s abuse of power.

Floyd’s May 25 death may have gone largely unnoticed had it not been recorded by multiple smartphone-wielding bystanders, whose footage forced America to finally reckon with the dangers Black Americans unjustly face simply when leaving their house. And as police departments across the United States have responded to largely peaceful protests with disproportionate violence, smartphone footage has provided crucial evidence refuting official descriptions of harrowing events.

Even as protesters turn to their smartphones as a means to record their experiences on the ground, those same devices can be used against them. Law enforcement groups have digital surveillance tools, like fake cell phone towers and facial recognition technology, that can be used to identify protestors and monitor their movements and communications. Furthermore, investigators and prosecutors have come to view suspects’ phones as potential treasure troves of information about them and their associates, setting up legal battles over personal technology and Americans’ Constitutional rights. And while protesters are within their rights to take pictures and video at protests, the images they capture could lead to unintended consequences for vulnerable participants.

What should peaceful protesters know about their digital privacy before heading to a demonstration? Here are some things they should keep in mind.

Protestors should be mindful of the data they generate before headed to a demonstration—police can issue warrants for a person’s search history, chat logs and social media posts, experts say. (Social media companies, including Facebook, have dedicated pages for police “to gather evidence in connection with an official investigation,” giving the police an easy way to access information.)

Cooper Quintin, senior staff technologist at the pro-privacy Electronic Frontier Foundation, recommends that protestors make their social media accounts private as a first step. “[Police will] go through social media looking for pictures from people who are tied to the protest, or groups that are organizing people to attend a protest,” Quintin says. He adds that demonstrators would also be smart to be skeptical about who’s trying to contact them online. “The police could try to add you as a friend, and they may be successful, so you’ll need to be vigilant there as well,” he says.

Using a service called a Virtual Private Network could help organizers obfuscate their Internet traffic. Finding a trustworthy VPN is a chore in and of itself, but resources like That One Privacy Site offer helpful comparison charts. Alternatively, they can use tools like the Tor browser, which masks a user’s online activity by blocking trackers and encrypting their network traffic multiple times. (No tool can offer 100% privacy, of course.)

Meanwhile, any protest-related organizing should be conducted over end-to-end encrypted apps rather than text messages (otherwise known as SMS), says Daniel Kahn Gillmor, senior technologist at the American Civil Liberties Union. Signal is one favorite that works across platforms, meaning iPhone users can chat with Android owners and vice-versa. “The content of [SMS messages] is not protected, and the destination of those messages is not protected,” he says.

It can be difficult to say with certainty what kind of surveillance technology any given law enforcement group is using during a particular event. But one popular system, the Stingray, is essentially a fake cell phone tower that tricks phones into connecting to it, then collects data from connected devices.

With that kind of tech in mind, it may be wise for demonstrators to simply leave their phone at home before heading to a protest—if an event is especially crowded, they might have trouble getting a good signal anyway. If they go sans-phone, it’s smart to pick a spot in advance to meet with friends if they get separated, bring a paper map of the protest area, and keep any essential contact information on them at all times.

But if a demonstrator is bringing their phone, they can certainly take measures to secure their data—turning it off or activating airplane mode could help, for instance. It couldn’t hurt to turn off location data, too. To do so on an iPhone, visit the Settings app, Privacy, then Location Services to selectively or completely disable location services for all of your apps. Android user? Visit the Settings app, select Privacy, then Permissions Manager to see which apps have access to what parts of your data, including location, call logs, and contacts. From there you can disable or enable whichever apps you decide. (Keep in mind this won’t keep you completely off the grid, as companies like Google have said they collect location data even when users disable permissions, with the explanation that the company requires location data to provide users with its services.)

What about a burner phone?

Those who are really worried about having their phone tracked could get a “burner” phone, a prepaid device paid for in cash and used for the express purpose of staying in touch with people during a peaceful protest. Burner phones can give users the benefit of being able to stay in touch with people—especially if things get dicey—without exposing all the data on their everyday device.

“If something happens to your phone, you don’t want to lose all of your stuff. You don’t want all of your life’s data to be in someone else’s hands,” says Harlo Holmes, director of newsroom digital security at the Freedom of the Press Foundation. “It’s really about protecting your data when you’re bringing it into what could possibly be an unknown situation.”

Another option is putting a phone in what’s called a “faraday pouch,” cases designed to block incoming and outgoing signals, effectively sealing off the device from the outside world. But some experts dispute whether they’re useful or necessary. “I think it’s just easier to put your phone in airplane mode, it achieves the same objective,” says the EFF’s Quintin.

Be mindful about photos and videos

Police departments nationwide are embracing facial recognition technology from companies like NEC and Clearview AI, some of which they can use to identify protesters following demonstrations based on photos or video from the event. While you may have no qualms about the police knowing you were at a protest, that calculus may be different for other participants who have less legal protection in the U.S., like undocumented immigrants.

Furthermore, in the context of law enforcement, facial recognition technology is still a new and unproven technology, sometimes resulting in false identifications and arrests, particularly when misused. The New York Police Department, for instance, was criticized after allegedly using a photo of the actor Woody Harrelson to “match” with a suspect in 2017. (The NYPD declined to comment on the use of Harrelson’s photo in particular, but spokesperson Sgt. Jessica McRorie said this case was one of “more than 5,300 requests” to the department’s Facial Identification Section that year. “The NYPD uses facial recognition as a limited investigative tool, comparing a still image from a surveillance video, to a pool of lawfully possessed arrest photos,” said McRorie.)

Still, due to inherent biases in facial recognition software, facial recognition technology has proven especially bad at correctly identifying Black people compared to those of other races, a fault that advocates say puts Black Americans at greater risk of false identification and arrest.

“We are in the midst of an uprising of historic magnitude, with hundreds of thousands of people already participating and potentially millions taking part in the days and weeks to come,” wrote Joy Buolamwini, founder of the Algorithmic Justice League, which fights against biases in artificial intelligence, in a recent essay. “At these scales, even small error rates can result in large numbers of people mistakenly flagged and targeted for arrest.”

It’s also wise to be cognizant of the information stored within an image itself, known as “metadata.” That includes information like the time and date a picture was taken, the type of phone used to record the image, and, depending on a user’s settings, even location data showing where the photo was taken. All that data can be used to identify a photographer or the people in their photos. (One trick to redact a photo’s metadata: obscure faces to foil facial recognition software, take a screenshot of the photo, then share the screenshot instead of the original photo.)

Of course, it’s important to document police brutality, if that can be done safely. Such footage can provide crucial evidence that violent episodes in fact occurred. “The best way to go about it is keep it as simple as possible, and to be conscious of the people that you’re around,” says Holmes.

Finally, wearing a mask can protect demonstrators from both facial recognition and COVID-19. “It’s important because you don’t want to spread viruses or catch the viruses that are out there,” says Quintin. “It’s also important because facial recognition is becoming more and more a regular tool used by law enforcement.” He suggests donning polarized glasses or goggles, covering any unique tattoos, and toning down eye-catching hairstyles.

What if you’re arrested?

If a protestor is detained or arrested by police during a peaceful protest, they may ask for their phone, or order them to delete footage. They can decline to consent to a search of their smartphone for information, but things get legally dicey from there. While some U.S. judges have ruled that obtaining a warrant to compel someone to unlock their phone with biometrics like a fingerprint is constitutional, others have deemed it a violation of the Fourth Amendment’s prohibition on unreasonable searches and/or the Fifth Amendment’s protections against self-incrimination.

In 2016, a California federal judge ruled that compelling a suspect to unlock their smartphone with their fingerprint did not violate the Fifth Amendment, given that a fingerprint is a physical attribute that cannot be divulged at will (like a passcode in a person’s memory). But in 2019, a federal judge in an unrelated case involving the search of various devices ruled that forcing the use of biometrics to unlock electronic devices is a violation of both the Fourth and Fifth Amendments.

Still, the legal uncertainty over the practice is reason enough for demonstrators to consider leaving their phone at home, or picking up a burner, before heading out to protest.

Thu Jun 18 , 2020
What do General Motors, Burger King, CNN, Uber and Airbnb all have in common? The were all founded during economic downturns. GM launched in 1908, when the US economy was in turmoil after “the Panic of 1907” financial crisis. Meanwhile, Burger King flipped its first patty in 1953, when the […] 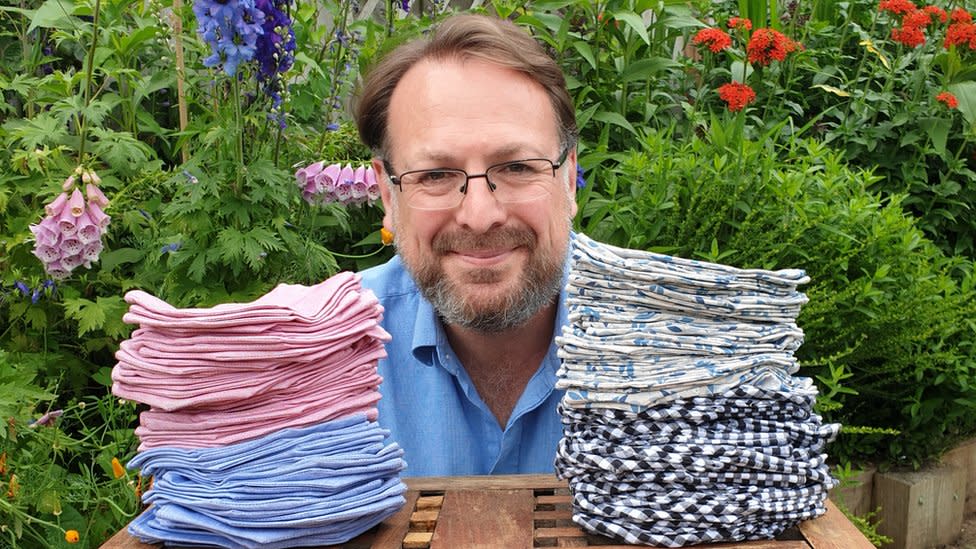