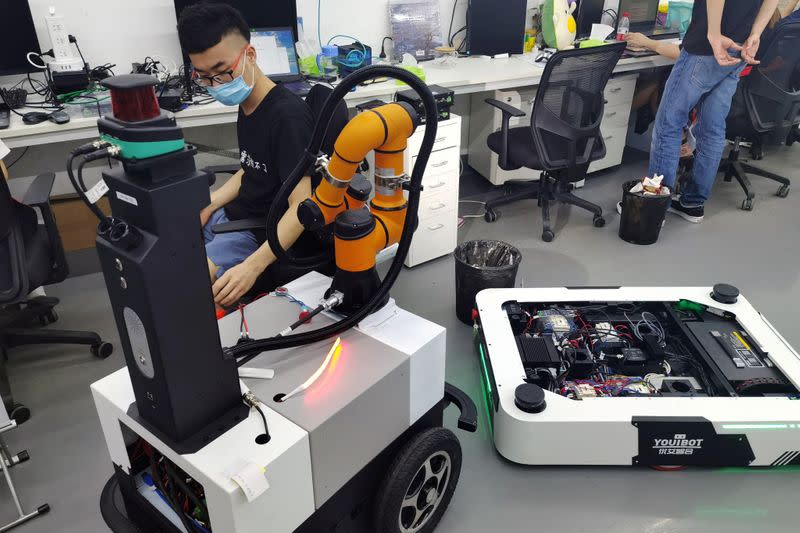 SHENZHEN, China (Reuters) – With glowing blue eyes and trusting feline features, a new robot cat by Chinese startup Elephant Robotics seems happily oblivious to the worries of CEO Joey Song as he shows it off at the company’s lab in Shenzhen.

Elephant Robotics’ main business is the automation of factory assembly lines but revenue has plunged by a third this year due to the coronavirus, leading the company to cut staff by a fifth.

Due to the downturn, the firm is putting more energy into the robot cat project funded on Kickstarter in December. Readying its first large batch of 1,000 cats for sale, it hopes that as more consumers work from home, interest in pet robots will grow.

“If the industrial robots can’t sell right now, we just focus on other robots to lower 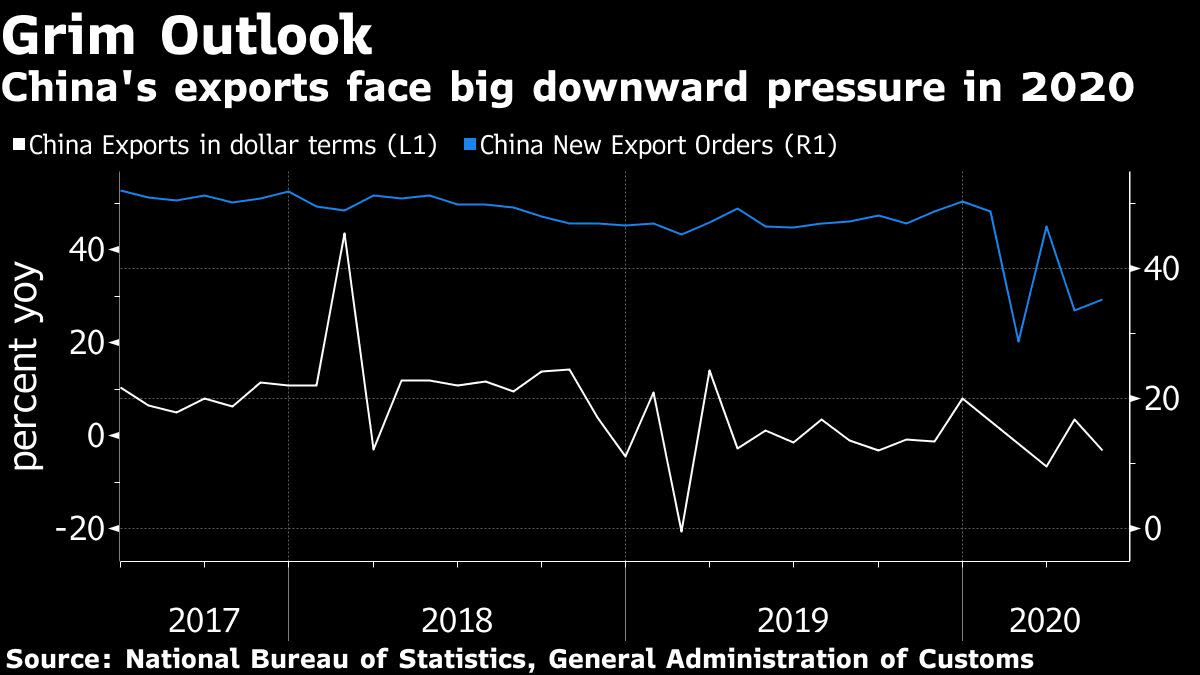 (Bloomberg) — The world’s largest trade fair is going online, and the salespeople of Ningbo MH Industry Co. have been drafted in to livestreaming bootcamp.

Carefully selected for English skills and winning personality, a few dozen budding influencers from the east-coast textile firm are being drilled to undergo an experiment unprecedented in the history of the Canton Fair. The twice-annual trade meeting in the southern megacity of Guangzhou usually sees more than 200,000 foreign buyers cram into its exhibition halls, but this year the coronavirus has made that impossible.

Instead, the government has hired Tencent Holdings Ltd. to lay out a massive online livestream architecture to enable the same sort of interaction without the physical presence. Spurred by the booming culture for live video merchandising in China, Canton Fair organizers went virtual, and it’s for this that Ningbo MH’s employees are training, with newly purchased video equipment, soft lighting and

China’s coronavirus travel ban is wreaking havoc among foreign companies and international schools, with many fearing for their future as executives, teachers and students are left stranded in their home countries.

A ban on most foreigners entering the country was implemented in March as the outbreak gathered pace overseas — leaving families separated and firms struggling without key employees.

Even those with valid residence or work permits, or who run businesses, have been shut out, and there was further doubt about when the restrictions would be lifted after a new cluster of infections was detected in Beijing over the weekend.

Jessie Lim, the founder of Frequency Advertising & Event, has been stranded in Singapore since travelling there in January.

“(The ban) really shocked me,” she told AFP, adding that her Chengdu-based firm earned nothing in the first three months of the year as the virus put a stop to gatherings