ATLANTA, GA — Many small businesses in Atlanta have been affected by the coronavirus pandemic. They were forced to temporarily close in March, until Gov. Brian Kemp announced that businesses and restaurants could resume operations in late April.

For some, reopening wasn’t an option. They had lost so much already. As those businesses who could reopen began to do so, a movement for justice rippled through the country after the death of George Floyd on May 25 in police custody in Minnesota. His death — along with the deaths of Ahmaud Arbery in coastal Georgia, Breonna Taylor in Louisville, Kentucky, and other African Americans — sparked demands to end police brutality and racism in America.

Here in Atlanta, protests have taken place daily, for over two weeks. Although many have been peaceful, there were instances where some protesters vandalized and stole from local businesses, according to police. With so many 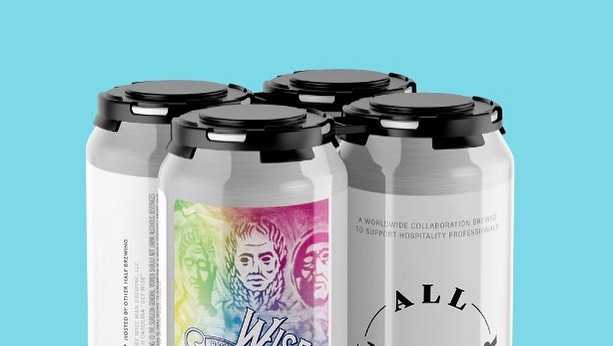 BACK FROM THE SENATE OFFICE. >> WINSTON-SALEM IS PARTICIPATING IN A WORLDWIDE COLLABORATION WITH HUNDREDS OF VIEWERS. THEY’RE BREWING AND CONDITIONS 140 CASES OF ALL TOGETHER BEER, A FRUITY I.P.A. IN A PINT CAN. IT’S GOING TO BE AVAILABLE THIS WEEKEND AT THE TAP ROOM TO GROW AN

Wise Man Brewing in Winston-Salem is participating in a worldwide collaboration with hundreds of brewers to help laid-off service workers.The brewery is making and canning 140 cases of “All Together” beer, which is a fruity IPA in a pint can.The IPA is available Saturday and Sunday in the Tap Room, To Go, and with limited distribution in local grocery and bottle shops.All proceeds from the beer are staying in the area.