CLOSE Gary Barta says that there is no need for further Iowa football personnel changes after getting detailed reports from the Husch Blackwell law firm. Hawk Central This week, Clemson’s athletics department announced $3.4 million in pay cuts and furloughs, primarily for its top-earning sports coaches. That included a $687,500 […]

Gary Barta says that there is no need for further Iowa football personnel changes after getting detailed reports from the Husch Blackwell law firm.

And, keep in mind, the Tigers of the Atlantic Coast Conference are planning to actually play football games this fall.

If Clemson, unquestionably an elite FBS program is chopping away at football spending, you know the financial world of college sports has been turned upside-down amid the COVID-19 pandemic.

“This is something that’s going to change college sports for a long time to come,” Iowa athletics director Gary Barta said Monday during an hour-long news conference on Zoom.

That much is reflected in Iowa’s decision, announced Friday, to eliminate four sports programs after the current school year, in an effort to chip away at its future operating budget, which in fiscal year 2019 was $146.3 million.

That begs the question: If the budget crisis is so bad that four long-standing Hawkeye sports are being eliminated forever, how much will football pay the price?

How much should football pay the price?

Barta candidly said “one of the flaws, if you want to call it that” is that college sports operate as a not-for-profit business.

If it weren’t, he said, Iowa would only field two sports teams — football and men’s basketball, the only programs out of 24 (and soon to be 20) that operate in the black in terms of revenue against expenses.

Even Iowa wrestling operates at a deficit.

“Football and men’s basketball, to a lesser degree, pay for the entire operation of this department. So, to me, it’s not really a moral question,” Barta said. “It’s a business question, and we’re a nonprofit business. But we are set up so that … as football succeeds, so does our athletic department. And so, it is a balancing act.

“That is a definite thought process and consideration. How much do you cut (from) the sport that generates all of your income? There are cuts in (football). But we have to make sure we come back strong when we’re able to come back.”

The optics of eliminating four sports programs and not cutting the pay of assistant football coaches (four of 10 made at least $500,000 last year) would be bad. Barta indicated such reductions were in the works during Monday’s call. Even those that are planning fall football (such as Kansas State, Missouri and West Virginia) are starting to announce pay cuts to assistants.

Iowa’s total base compensation for its 10 core assistant coaches was $4.71 million in 2019, according to USA TODAY Sports research, which ranked 22nd in the FBS. Hawkeye assistants were due to get (on average) a 12{d05f388fa08f4d675a822acf1486e94712302178bac778b4b99d28e44a90be3a} raise, starting July 1, based on the terms of Ferentz’s contract — which would bring the salary pool for those 10 coaches to roughly $5.28 million. That total doesn’t count the $1.11 million separation settlement with former strength and conditioning coach Chris Doyle.

When the operating expenses of a men’s tennis program being cut are between $800,000 and $900,000 — in line with the salary of the football team’s defensive coordinator — it does raise good questions about where priorities lie.

Barta didn’t hide from the fact that football will be a high priority coming out of the pandemic.

In a Register article last month that analyzed Iowa’s athletics financial picture, David Berri — a nationally recognized economics professor at Southern Utah who specializes in sports — said that athletics directors make decisions knowing that their job security is tied to the success of football.

In other words, ADs are hesitant to cut into football.

With the Big Ten Conference scrapping fall sports, we’ve reached the stage where costs must be slashed across the board. Even in football.

Barta said the athletics department will borrow to make up for an expected $75 million shortfall. That debt, though, must be added to outstanding loans (mostly on facilities) that were $227 million in fiscal year 2019.

Given that dire financial picture, the one thing Barta must prioritize is building Iowa’s financial reserves, its rainy-day (or pandemic) fund. Athletic departments nationwide were not prepared for such seismic financial implications. Earlier this spring, the Lead1 Association (which represents athletic directors at 130 FBS schools) found in a survey that 59{d05f388fa08f4d675a822acf1486e94712302178bac778b4b99d28e44a90be3a} of Power Five respondents had zero financial reserves. lowa athletics told the Register on Tuesday it began the 2021 fiscal year with $4.5 million in reserves.

The sports-finances “ice age” (to borrow phrasing from Iowa State athletics director Jamie Pollard) that has transpired should be a wake-up call for athletics directors that their reserve funds should be 10 times that, if not more. With the flow of $50 million-plus annually in conference distributions in a normal year (most of it coming from media-rights fees), there is no good excuse to run out of money to fund the swimming team.

The short-term reality facing Iowa: Even football will feel a short-term financial pinch.

The long-term reality: Athletics directors must show spending restraint. But football will always be king.

Wed Aug 26 , 2020
Ant Group, China’s largest digital payments provider and digital finance platform, has filed applications to sell shares simultaneously in Hong Kong and Shanghai, formally kicking off the process for what’s likely to be the largest fundraising in history. The fintech unicorn will sell not less than 10 per cent of […] 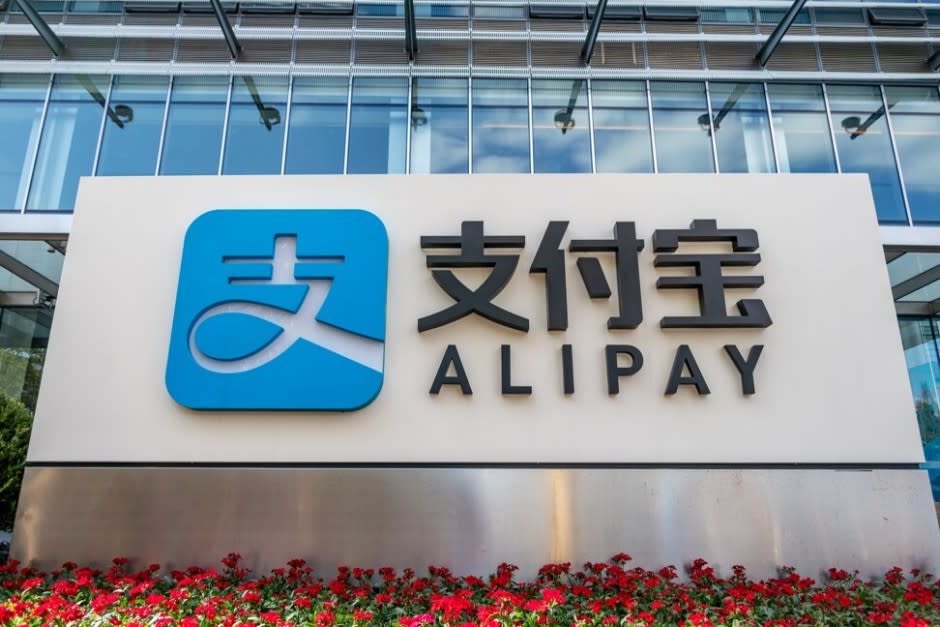