By Greg Stutchbury WELLINGTON, Sept 2 (Reuters) – New Zealand Cricket (NZC) Chief Executive David White said incumbent men’s coach Gary Stead was the only candidate they considered before reappointing him to the role until after the 2023 World Cup in India. Stead was reappointed on Wednesday after he initially […]

WELLINGTON, Sept 2 (Reuters) – New Zealand Cricket (NZC) Chief Executive David White said incumbent men’s coach Gary Stead was the only candidate they considered before reappointing him to the role until after the 2023 World Cup in India.

Stead was reappointed on Wednesday after he initially signed a two-year deal to succeed Mike Hesson in 2018.

White said NZC had chosen not to open the job up to other candidates but had spoken to staff and players in a “robust review” before Stead addressed a selection panel, who then recommended his reappointment.

“We had no hesitation after undergoing consultation to extend his contract,” White told reporters on a conference call on Wednesday. “We weren’t looking at anyone else.”

Stead, who guided the team to a second successive World Cup final last year and test series wins over Pakistan, England and India that lifted them to second in the world rankings, said he was looking forward to a schedule packed with elite events.

“But there is also the test championship and we’re really motivated to do well in that. At the moment we’re quite well placed in that.”

Stead also shut down media reports of tension with captain Kane Williamson, particularly over selections, and said they had spoken at length over the last two days before the batsman was due to leave for the Indian Premier League.

“Kane and I have always had a strong relationship,” Stead said. “There’s a mutual respect in what we’re trying to achieve.

“Part of our role is to have solid discussions. If we weren’t talking then that would be a worry. But we have to have them because there are a lot of really good players around.

“The key thing is we are aligned on where we want to take the team and how we want to get there.”

"How to Avoid a Disaster: Addressing the Personal Side 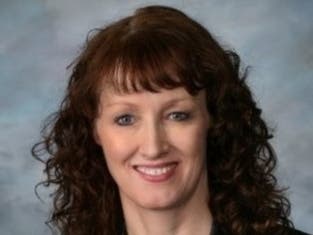