“We have publicly supported the idea of a multi-seller warehouse,” Mr Nicholl told The Australian Financial Review. He said it would benefit small lenders that lacked the scale to get their costs down. “This should help them and is a good development for the market.” The aim is for such […]

“We have publicly supported the idea of a multi-seller warehouse,” Mr Nicholl told The Australian Financial Review.

He said it would benefit small lenders that lacked the scale to get their costs down. “This should help them and is a good development for the market.”

The aim is for such structures to eventually stand on their own feet and allow more lenders to access debt funding from the private sector.

One of the driving forces in the consortium is Neu Capital, which is among the most active originators of debt financing for mid-market businesses.

Its co-head of deal execution, Edward Jones, was instrumental in designing the structure that was pitched to the AOFM.

He said the agency and the industry had been trying for some time to find a way for smaller lenders to access securitisation markets via such a shared facility.

The COVID pandemic catalysed that task “by an order of magnitude,” he said.

“Whatever market failures there have been for smaller lenders not being able to access institutional warehouse facilities, that has been significantly exacerbated by COVID.”

The SMOP allows multiple small business lenders to share the burdensome legal, accounting and administrative costs of setting up a securitisation structure, while each lender still reaps the benefits or bears the pain of the loans they originate.

In total, $1.94 billion in warehouse funding has been provided to 24 lenders.

What enables this arrangement is the addition of a second special purpose vehicle.

This SPV provides the equity in the securitisation trust, which is funded by the participating originators in that pool.

That SPV then uses derivatives to allocate funding costs, the interest collected and impairments of each loan to the originator.

“We want lenders to retain the first loss, and on the flip side, they want to earn the excess spread associated with the performance of their own portfolio,” said Phillippe Roger, of HHR, the architect of the risk transformation mechanism.

The structure essentially allows the excess spread or residual income that represents the lenders’ profit to find its way to the originator of the loan.

Mr Jones said he was not aware of structures such as the SMOP in other markets. “The pieces haven’t been assembled in this way before but there is not much in this structure that is not well understood by the market.”

He said the next task was to narrow down – from several dozen interested originators – a select group of first products and participants.

There’s a “long tail of originators” that were not big enough to use securitisation, he said.

While securitisation was tarnished during the previous financial crisis, it has endured as an important means of allowing non-bank lenders to access debt capital, increasing competition and facilitating lending to households and businesses that cannot attract bank financing.

It typically involves the pooling of loans into a warehouse trust.

The lender then either packages the loans into debt securities that are sold to investors to repay the warehouse loan, or uses loan repayment proceeds to refinance the trust.

The SMOP is now the second instance of financial innovation spurred by the AOFM’s support program.

Earlier in the year, securitisation industry boffins had created the Forbearance SPV to allow non-bank lenders – that had pooled mortgages into a trust and sold them to investors – to grant payment holidays without triggering default clauses.

Since its creation in April, the $15 billion Structured Finance Support Fund (SFSF) has deployed about $3.74 billion through the purchase of securitisation bonds in the primary and secondary market, direct warehouse financing and the forbearance facility.

In total, $1.94 billion in warehouse funding has been provided to 24 lenders, such as Judo Bank, Scottish Pacific, Pepper, Athena, Latitude, Moula and Prospa.

Every dollar of funding provided through the SFSF supported an estimated $6.7 of lending in the economy as the funds provided risk capital that could be used to raise more debt from more conservative lenders.

Sun Aug 30 , 2020
Erika James knew that her performance as a leader would be scrutinised when she was appointed dean of the Wharton School in February. She is the first female head of the world’s oldest business school, founded at the University of Pennsylvania in 1881. She is also its first African-American dean. […] 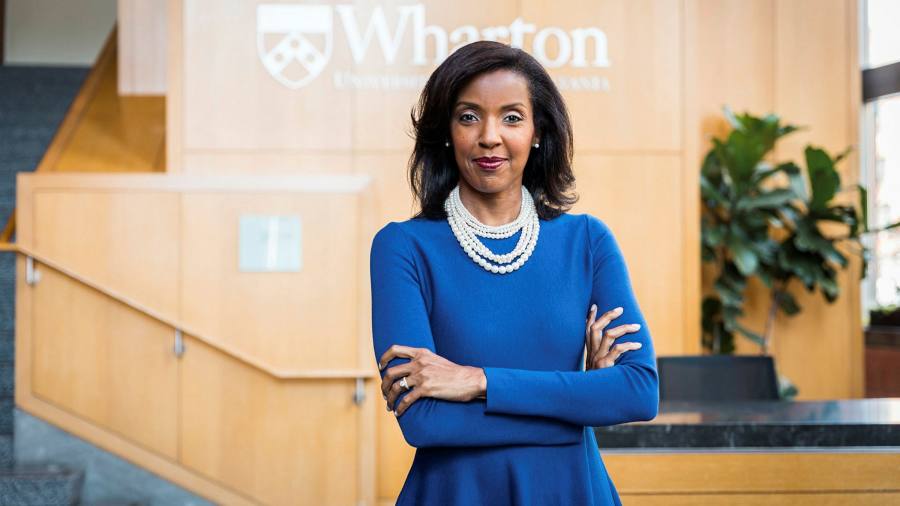