Credit: CC0 Public Domain If Vahap Sarac and his wife can’t find affordable health insurance for their family soon, they’re considering sending their young daughters to live with their grandparents in Estonia. Sarac was furloughed from his job as a banquet captain at the Palmer House Hilton hotel when COVID-19 […]

If Vahap Sarac and his wife can’t find affordable health insurance for their family soon, they’re considering sending their young daughters to live with their grandparents in Estonia.

Sarac was furloughed from his job as a banquet captain at the Palmer House Hilton hotel when COVID-19 hit in mid-March, after working there for more than 30 years. The health insurance coverage he has through his job is scheduled to end Oct. 1.

Estonia has a far lower rate of deaths from COVID-19 than the U.S. and near-universal health coverage.

“We don’t want to separate from our kids,” said Sarac, 55 of Chicago’s Albany Park neighborhood. But he worries about his children, especially his 1-year-old whose lungs weren’t fully developed at birth. “This virus is very risky for her.”

He also worries that if someone in his family gets sick and has to be hospitalized “whatever in 30 years I’ve saved for their colleges for them, for retirement, everything will be wiped out by those hospital bills.”

Across Chicago and the country, many people have a new concern on their ever-growing list of worries during the pandemic: a lack of health insurance. An estimated 186,000 Illinois workers may have become uninsured because of job losses between February and May, according to a report from consumer health care advocacy organization Families U.S..

The group said the pandemic and resulting job cuts have caused “the greatest health insurance losses in American history.” The group estimates that across the country, 5.4 million laid-off workers became uninsured between February and May—a far higher number than the 3.9 million adults who lost coverage from 2008 to 2009 during the Great Recession.

In Illinois, the situation isn’t as dire as in some other states because of programs available here.

But advocates are concerned that some people may remain uninsured because they don’t understand their options. Still others who don’t qualify for Medicaid may forgo health insurance because they can’t afford even low-cost plans.

“People who don’t have health insurance don’t get the care they need, or don’t get it in a timely (way) or they get care and then get clobbered by medical bills that they can’t afford to pay,” said Karen Pollitz, a senior fellow at the nonprofit Kaiser Family Foundation. “It’s always a scary thing.

“People don’t like being uninsured, but I think right now there’s an even higher element of fear.”

Workers in certain industries, such as travel and hospitality, have been particularly hard-hit.

UNITE HERE Local 1, which represents workers at 51 hotels in the city, says some 7,000 Chicago hotel workers who remain laid off due to the pandemic risk losing their health insurance soon. Their coverage is through a fund dependent almost entirely on employer contributions that is set to run out of money by the end of September.

Hilton, Sarac’s employer, said in a statement that it is “doing everything to ensure that as many hotel employees as possible continue to receive temporary health benefits during the pandemic,” but, “Unfortunately, the economic impact of the pandemic means these temporary benefits cannot be sustained indefinitely.”

Illinois residents who lose their jobs have a number of options to stay insured.

They are generally eligible for COBRA, which allows them to keep their previous insurance but requires them to pay for the full cost of it, without their previous employer’s contributions. Normally, people have 60 days after they lose their jobs to sign up for COBRA, but the federal government has extended that window until after the “national emergency” of COVID-19 ends. People who don’t choose COBRA right away can sign up for it later, if they have medical problems, and get coverage for medical issues that already occurred.

But COBRA is financially out of reach for many people. The average annual cost of job-based health coverage in 2019, including both the employee and employer contributions, was $7,188 a year for a single person and $20,576 for a family of four, according to the Kaiser Family Foundation.

Many Illinois residents who lose their jobs may also qualify for Medicaid, which Illinois chose to expand under the Affordable Care Act. Before that expansion, Medicaid was open only to low-income people with disabilities, children or certain other circumstances. Now, in Illinois, it’s available to adults without children or disabilities, with incomes up to 138{d05f388fa08f4d675a822acf1486e94712302178bac778b4b99d28e44a90be3a} of the federal poverty level, or up to $1,467 a month for an individual.

People who lose their employer-sponsored insurance also can choose plans from the Obamacare marketplace at Healthcare.gov. Based on their incomes, many people qualify for tax credits to offset the often high costs of those plans.

But some area residents, like Carmella Carothers, 41, of Chicago’s Austin community, don’t think any of those options will work for them. Carothers worked at the JW Marriott Chicago as a banquet server before being laid off in early March.

With unemployment insurance benefits, she makes too much to qualify for Medicaid. But she can’t afford COBRA or a subsidized plan from the marketplace. “One hundred dollars a month is a lot when you’re on a fixed income,” Carothers said.

Carothers’ plan, at the moment, is to forgo insurance and visit federally qualified health centers if she needs care. The centers, which are scattered throughout the city and receive federal funding, may charge patients for services on a sliding scale based on their ability to pay. Centers in the Chicago area include those that are part of Access Community Health Network and Erie Family Health Centers.

But Carothers’ plan won’t help her if she gets sick and needs to be hospitalized.

“It’s a scary, scary thing,” Carothers said. “I hate to have to choose between paying my rent and food and health insurance.”

It can be difficult to determine how many Illinois workers who lose their jobs will become uninsured. Some will enroll in Medicaid, Obamacare exchange plans, short-term coverage or get new insurance through their spouses’ jobs.

“There are still a lot of reasons why people fall through the cracks,” said Stephani Becker, associate director for health care justice at the Shriver Center on Poverty Law in Chicago.

Kaiser estimated 178,000 of those 846,000 Illinois residents who lost their insurance were not eligible for Medicaid or subsidies because of their incomes, citizenship status or other reasons. Families U.S. has pegged that number at 186,000, though that’s an estimate based on past patterns of unemployment and insurance coverage.

The situation has left people scrambling.

In Illinois, the number of people on Medicaid managed care has been climbing, from 2.1 million in March to 2.4 million in July. That increase is likely due, in part, to a new federal law that prohibits states from cutting off people’s Medicaid coverage during the pandemic. But it may also be because more people are losing their jobs, said John Hoffman, a spokesman for the Illinois Department of Healthcare and Family Services, in an email.

Normally, during the summer, broker Alexandra Eidenberg gets about one new client a week looking for an individual plan. Lately, she’s been seeing about 10 to 15 new clients a week, she said.

“It’s a really intense time with this virus,” said Eidenberg, who is president and owner of The Insurance People in Skokie. “Everyone is getting laid off and furloughed and needs to recalibrate their insurance.”

Amy Scher, 47 of Highland Park, reached out to Eidenberg after she unexpectedly lost her insurance earlier this year.

In a case of terrible timing, Scher, who works in account management market research, left her job in March to start a new one. But with COVID-19 surging, her new employer rescinded the offer and her previous employer instituted a hiring freeze and could not bring her back.

Scher and her husband considered signing up for COBRA, but it was too expensive. Instead, Eidenberg helped them choose an exchange plan for themselves and sign their 10-year-old daughter up for All Kids, a state and federally funded health insurance program for Illinois children whose parents meet certain income requirements.

Low monthly premiums and co-payments some families typically pay for the All Kids program have been suspended during COVID-19.

“We were so scared every day,” Scher said. “My daughter would want to go on a bike ride and I would say, ‘No, no bike ride,'” Scher said, explaining that she wasn’t sure which doctors would take her daughter’s new coverage. “I was just so nervous for us to do anything that required any kind of big risk.”

Still, Scher knows she was lucky. Everyone in her family stayed relatively healthy, and her previous company hired her back after a couple of months.

Many other Illinois families continue to face difficult choices.

Adrian Aguirre, of Oak Forest, lost his family’s health insurance several months ago after he was furloughed from his job as a server and bartender at the Omni Chicago Hotel. Aguirre, 45, had worked at the hotel for more than 20 years.

Aguirre is exploring his options for new insurance but hoping his employer will call him back to work. His son has stopped going to his physical therapy appointments, and he estimates that his wife, who is diabetic, has about a month’s worth of medication left.

He said they’ll likely have to pull money from their savings to keep paying for her medication.

“It worries me,” he said, “because you’re thinking every day, ‘What if you get sick? What happens? What do you do?'”

This document is subject to copyright. Apart from any fair dealing for the purpose of private study or research, no
part may be reproduced without the written permission. The content is provided for information purposes only.

Tue Aug 25 , 2020
Joel is the founder of Addicted2Success and host of the Addicted2Success podcast. Getty If you know how to tell a great story — a story that will inspire people, spark a debate, make someone laugh, offer value or bring awareness to important issues you’re passionate about — then I don’t think you […] 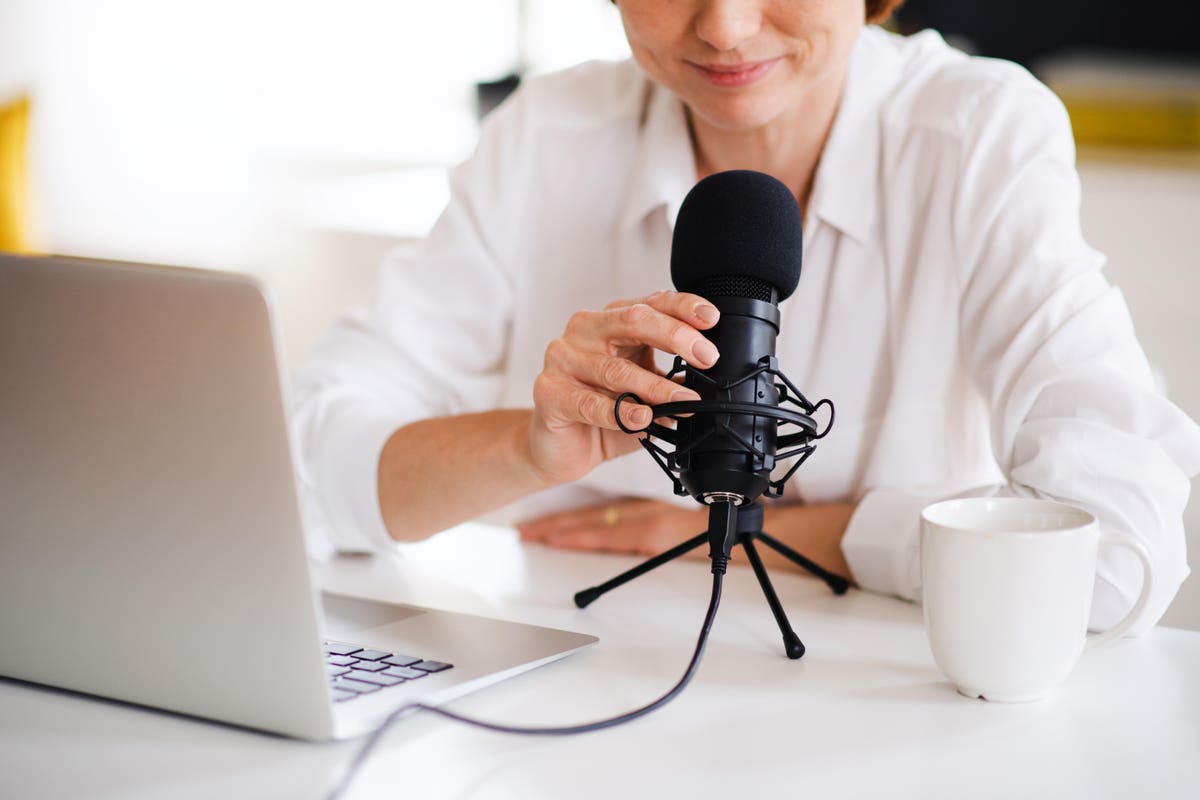