MoneyGram is one of the largest and longest running money transfer companies in the world. The very well seasoned service has a huge array of agent locations dotted right around the globe with all kinds of presence in at least 200 different countries. The business offers a selection of services […]

MoneyGram is one of the largest and longest running money transfer companies in the world. The very well seasoned service has a huge array of agent locations dotted right around the globe with all kinds of presence in at least 200 different countries. The business offers a selection of services such as sending and receiving cash along with the ability to pick up money from outlets too.

Whilst it is used by large numbers of people around the world MoneyGram does also seem to attract its fair share of detractors and negative reviews. Nevertheless, anyone wanting speedy cash transfers should find it worthy of investigation.

Transferring money invariably involves a cost for the convenience and MoneyGram is no exception. If you’re moving money, either domestically or internationally then you’ll be charged for the privilege. What you’ll pay depends on where the online transfer is being carried out, so fees will be dependent on where money is being sent from and where it’s supposed to end up.

MoneyGram has engineered a tier-based fee system and moving money by bank is more likely to be cheaper than doing it on your credit or debit card. Recipients who get their transfer straight into a bank account are likely to keep fees lower too, as opposed to having physical cash available at the other end.

You’ll also need to keep an eye on exchange rates as these can fluctuate according to how you’re paying for the transaction. MoneyGram also operates a rewards system that offers a percentage off future transactions if you’re planning on using it regularly.

Flexibility is perhaps the main factor that attracts people to MoneyGram, thanks to its countless outlets around the world and the ability to transfer money quickly using a variety of methods. MoneyGram can be used in several different ways, including solely online as well as offering the ability to pick up cash at one of those many agent outlets.

You can also move money to a traditional bank account, mobile wallets or to a Visa debit card if, for example, you’re using it in the UK. The convenience factor is boosted by the fact that transfers can be carried out to over 200 countries and in around 50 different currencies.

As with anything, if you’re prepared to pay more then the MoneyGram service can be a lot speedier. If you pay for a transfer using a card then it could mean that funds will go from A to B in around 10 minutes. However, using a credit card in order to do this will likely mean you pay a cash advance fee into the bargain. If you’re in no particular hurry and have advance warning about needing to move money using MoneyGram, then the more sedate but lower costing bank account route is the better option. That could take as long as five working days however.

While there is nothing too demanding about using MoneyGram to transfer cash, it’s also worth noting that the company has suffered some issues with security scares. There are also numerous scams that have been linked to money transfer services. If you need to transfer money you should be as diligent as possible and carry out the same level of checks as you’d make for any other online transaction.

As for actually making a transaction online, you’ll need to register for an account, select a bank or MoneyGram outlet and then decide how you want to move your money. Transfers can also be set up online and you can then pop to a MoneyGram outlet and pay with cash. MoneyGram even offers the ability to send money via Facebook.

While there’s nothing too involved with using MoneyGram, the company has thankfully done its bit when providing support options. There’s a whole hub online within its website. Including in here are options for contacting MoneyGram directly, for general questions, complaints or issues surrounding fraud. In the same area you’ll find a decent set of FAQs, which cover all of the major features of MoneyGram that you need to know about. There’s a live chat-style widget for instant contact too.

MoneyGram could prove useful if you need to send or receive cash but it is not without its downsides. The company seems to get a fair amount of negative reviews for a raft of reasons. However, the business has been around for a long time, and with such a large user base it’s hardly surprising that a percentage of customers will feel MoneyGram hasn’t provided them with the best experience.

While there are positives, especially thanks to the worldwide availability of MoneyGram, the services it provides can be costly and exchange rates aren’t always the most competitive. As with most exchange models, you get a bit of a mixed bag and, it seems, quite widely varying levels of customer satisfaction. 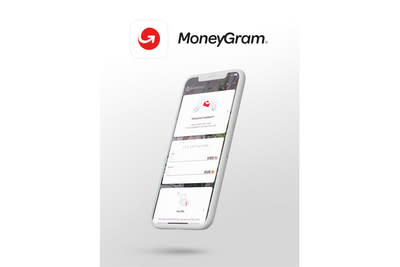