Outdoor personal services, including hair and nail salons and massage studios, can restart in San Francisco on Tuesday, the mayor and city’s health director announced Friday. Gyms can open outdoors on Sept. 9. Masks will be required to be worn by both business employees and customers. Table of Contents SF […]

Outdoor personal services, including hair and nail salons and massage studios, can restart in San Francisco on Tuesday, the mayor and city’s health director announced Friday. Gyms can open outdoors on Sept. 9. Masks will be required to be worn by both business employees and customers.

“We are able to move forward Sept. 1 with very minimal openings, but hopefully significant to so many of the people who have closed for at least six months, maybe even longer. This is a huge step in the right direction,” Mayor London Breed said during a news conference Friday.

“I think it’s exciting to finally be able to do something,” said Bay Area native Sam Buffa, owner of New York-based Fellow Barber, which has two locations in San Francisco, in the Mission District and downtown. However, “we won’t be taking our barber services outside on Tuesday, and maybe even for the rest of the week, or until the smoky air improves,” he said.

San Francisco also received good news Friday with Gov. Gavin Newsom’s announcement of a new state reopening system that placed counties on tiers depending on the prevalence of the virus. The city was placed on the second-strictest tier, which allows some businesses to open indoors, although Newsom said counties may still set more stringent regulations of their own.

In San Francisco, schools and indoor businesses were still closed Friday. Officials said the city’s top priorities for reopening will be classrooms, services that support child development, and other outdoor activities. Jeff Cretan, Breed’s spokesman, confirmed that the city would have more updates next week on business reopenings.

Breed warned that reopening raises the risk of increased infections.

“What we don’t want to do is open up these places and all of a sudden see a spike and then go backwards,” she said.

Personal services that are provided outdoors must be approved by the applicable licensing agencies, such as the California Board of Barbering and Cosmetology and the San Francisco Department of Public Health, the city stipulates. Businesses can offer tents to provide shade or block wind for customers, but are required to get approval and permits from the city first.

“To be honest, I’m not excited about this,” said Lennotch Taplett, owner of Details Barbershop & Grooming Lounge in Union Square. “Mother nature is going to dictate how successful this is going to be. Who wants to be outside getting a haircut and inhaling smoke?”

Taplett said he won’t open at all until indoor services are allowed for barbershops. The outdoor hair services are limited to dry cuts, and that isn’t going to make much of a difference for him, he said. He contends he’s lucky his landlords have been generous with rent concessions, but the continuing economic uncertainty is constantly disconcerting.

“Businesses that don’t generate any income will go belly-up,” he said.

Allowing outdoor nail services won’t change much for Yen Tuyet Le, owner of Paua Beauty Lounge on Powell Street. She won’t be opening Tuesday as she considers getting permits for outdoor operations.

“I could eventually put two tables outside, with plexiglass for extra protection,” she said. “But my concern is privacy issues. Most of my clients come to me to relax, they don’t want to be seen outside getting their nails done.”

To support businesses that can reopen outside, San Francisco created the Shared Spaces Program in May to allow restaurants and shops to share a portion of sidewalks, streets, and parks and plazas for retail activity. The city has issued 1,215 Shared Spaces permits as of Friday and allocated $17.2 million to support over 1,130 small businesses since the pandemic began.

“San Francisco has led the nation and saved lives with our phased and measured approach,” Colfax said. “In order to preserve our hard-fought gains now, we must monitor the virus as we continue to move forward with children’s activities and outdoors businesses.”

Colfax said it is still alarming that half of coronavirus infections are among the Latino community, which has been affected disproportionately. In response, he announced a $5 million grant program to help community-based organizations expand outreach and education. The city will grow its contact tracing team staff to more than 300, at least half of whom are fluent in Spanish, and expand testing in places such as transportation hubs.

The city is testing 3,700 people a day, more than double its goal, Colfax said. Test result turnaround time has dropped to less than two days.

“We’re all looking forward to the day where we’re not even thinking about walking out of the house with a mask on,” Breed said. “Until then, let’s continue to stay safe and healthy and do our part.”

‘The Personal History of David Copperfield’ Review: A Boy’s Story

Mon Aug 31 , 2020
Even in the gutter, though, Zac Nicholson’s images give off a magical sheen: This isn’t the grubby, gunk-filled London we typically envisage as Dickensian, teeming with urchins and top-hatted toffs. Accenting the fairy-tale aspect of our hero’s rise, Iannucci keeps the social realism on simmer and Patel’s enthusiasm and optimism […] 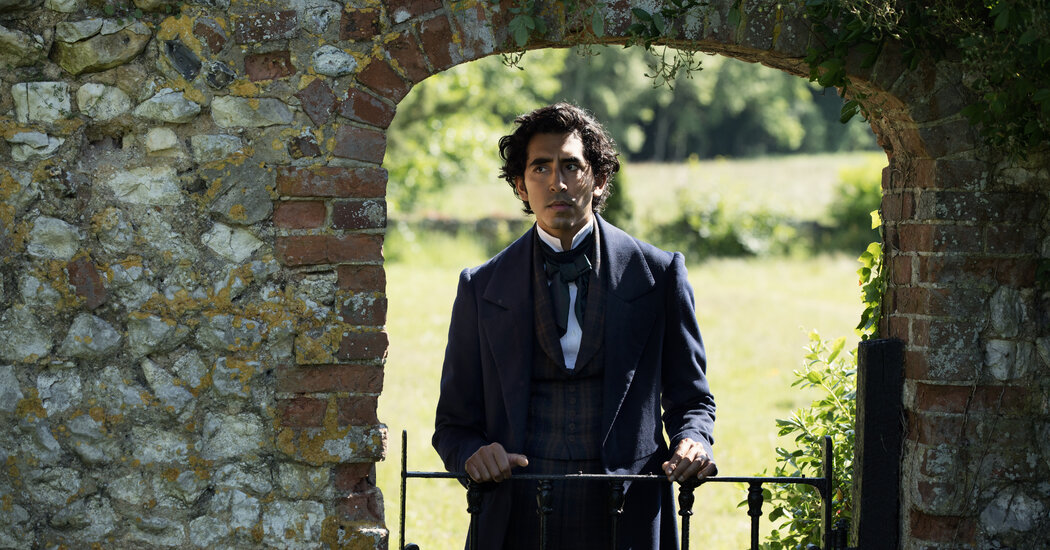