Lawmakers from the House of Representatives on Monday hit back at senators for supposedly insinuating that they had ill motives in pushing for funding for tourism infrastructure under the proposed Bayanihan to Recover As One Act. During his privilege speech, Deputy Speaker Luis Raymund Villafuerte insisted that House members did […]

Lawmakers from the House of Representatives on Monday hit back at senators for supposedly insinuating that they had ill motives in pushing for funding for tourism infrastructure under the proposed Bayanihan to Recover As One Act.

During his privilege speech, Deputy Speaker Luis Raymund Villafuerte insisted that House members did not have personal interests in mind when they pushed for tourism infrastructure.

“I categorically state that all the salient features as provided in the House version which was approved by the bicameral conference committee are provisions that would really help our country recover. Wala pang personal interest dito as insinuated by our counterparts,” he said.

During the plenary session to ratify the reconciled version of the measure, Senate Majority Leader Juan Miguel Zubiri and Senate President Vicente Sotto III said that the Senate, for its part, was “selfless” in its advocacies.

Villafuerte took offense to the statement.

House members including Villafuerte wanted to allot a P10-billion fund to tourism infrastructure, despite the urging of tourism stakeholders that the money should instead be allocated to helping small businesses affected by the pandemic.

Two former Tourism secretaries also questioned the House members’ push, saying that there is “no glaring need” for tourism infrastructure in the middle of a deadly pandemic.

Villafuerte had slammed the ex-Tourism chiefs, saying that their statements show bias  towards big tourism players.

Senate leaders, however, were firm on keeping the P10 billion for tourism assistance instead of infrastructure.

In the end, the bill sent to the President for his signature allocates P1 billion to tourism infrastructure.

Villafuerte challenged senators to point out the provisions that they seem to claim would personally benefit congressmen.

“Again, I categorically answer all these insinuations na wala diyan na personal gain on each congressman or district because this is for the benefit of the country,” he added.

Villafuerte further challenged senators to release the video recording of the deliberations in the bicam to set the record straight.

In his separate interpellation, Surigao Del Norte Representative Robert Ace Barbers stressed the importance of providing more infrastructure for the tourism industry, especially in generating jobs for those who were displaced by the COVID-19 pandemic.

“While there is a respite in global tourism, I believe that this is our window of opportunity to prepare for the bouncing back of the industry by improving on our infrastructure and making them at par with our neighbors,” he said.

“We boast of better and breathtaking sights, natural wonders, unexplored havens. We better construct those roads now or they remain unexplored forever,” he added.

For his part, Minority Leader Benny Abante Jr. said that he was present in all deliberations for the House version of the proposed Bayanihan 2 Law and he attested that no member of the chamber lobbied for parochial interest nor have inserted any provision that will benefit their constituency over the general public.

“It is disheartening in this extraordinary time, while this august chamber painstakingly set aside party lines, parochial concern, and differences to hammer out House Bill 6953 with due regard only for welfare of all Filipinos, we are now being accused of pushing provisions for personal gain,” he said.

“Mukhang yung mga senador natin ay kulang sa pansin to insinuate that [the bicam] representatives… have personal gains to push for is not only preposterous but downright unparliamentary and not befitting of a member of a co-equal body. To question the motive of the House bicam members is to question all of us who have set aside everything so that this bill will be passed,” he added.

Meanwhile, Deputy Speaker Dan Fernandez hoped that the senators were not posturing for the 2022 elections when they made their remarks against congressmen.

Fernandez appealed to their counterparts in the Senate to “stop inciting to a malicious interpretation” on the efforts of the House.

The House on Monday ratified the bicameral committee report on the proposed Bayanihan to Recover As One Act.

Since the Senate has already ratified the same report last week, the measure is now up for signature of President Rodrigo Duterte. — BM, GMA News

This article Solons insist no ‘personal gain’ in pushing for tourism infra in Bayanihan 2 was originally published in GMA News Online.

Final Reading: The Legislature gets back to business

Wed Aug 26 , 2020
Sen. John Rodgers, D-Essex-Orleans, speaks during a news conference to mark Cannabis in the Capitol Day in February 2019.  Photo by Glenn Russell/VTDigger IN AUGUST 25’S FINAL READING: — Kicking off the proceedings Tuesday morning, Sen. John Rodgers, D-Essex-Orleans, called on members of the upper chamber to apologize for calling him a […] 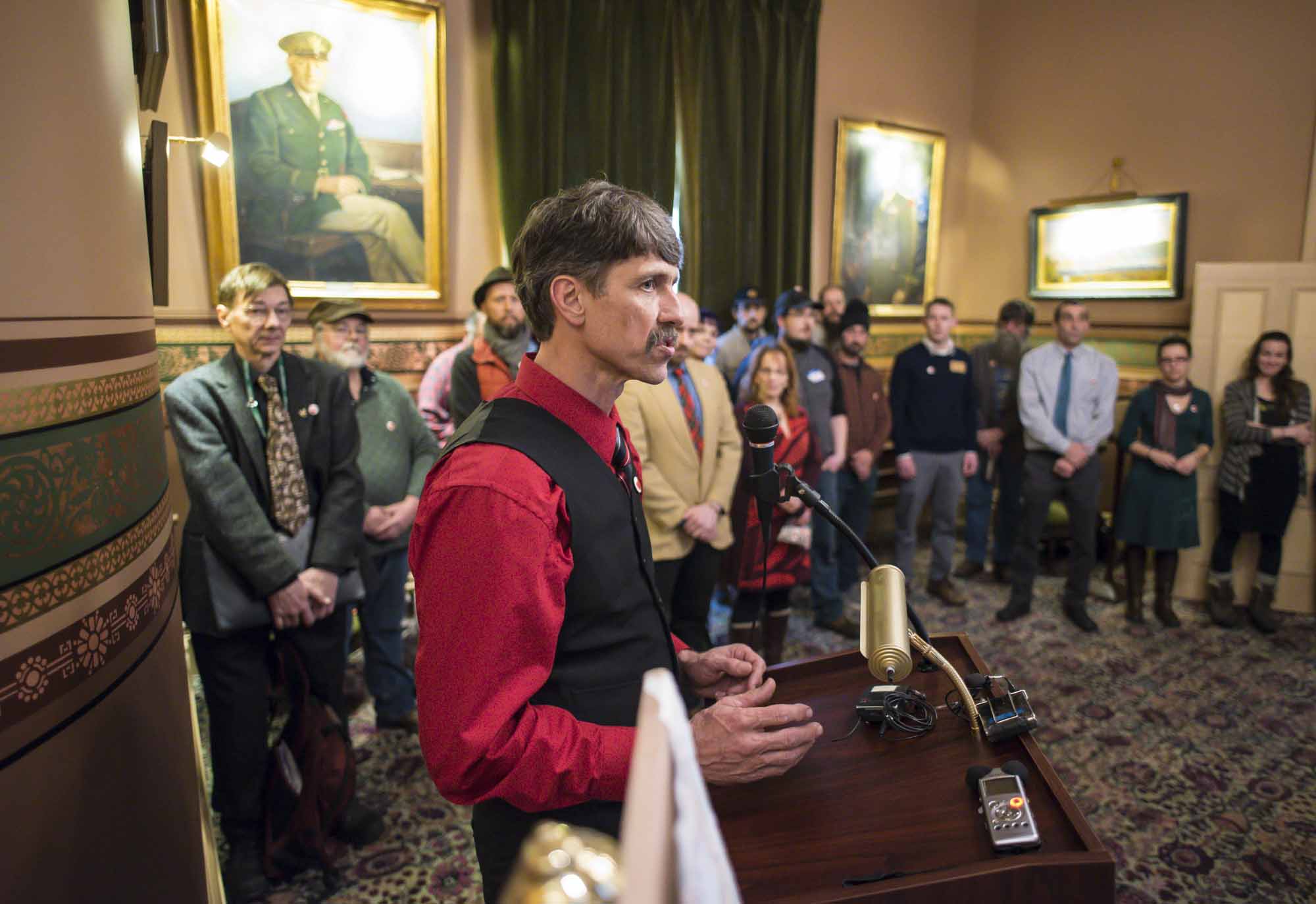