Court documents show Diane Stahura transferred $10,500 from her husband’s campaign committee bank account to the Stahuras’ personal account on Jan. 2, 2019, and the following day, the money was used to pay outstanding credit card debt to Chase. A similar $10,000 transfer took place in June 2019 to pay […]

Court documents show Diane Stahura transferred $10,500 from her husband’s campaign committee bank account to the Stahuras’ personal account on Jan. 2, 2019, and the following day, the money was used to pay outstanding credit card debt to Chase.

On Feb. 22, 2016, $503 was withdrawn from Mayor Stahura’s committee bank account at an ATM in Washington, Pennsylvania.

“On the same day, a Pennsylvania casino and horse track debited funds from Stahuras’ personal bank account, which had a negative balance of $533.53 at the end of the day,” court records state.

Prosecutors also noted how the Stahuras would write thousands of dollars in checks to their adult daughter using campaign funds.

In an email written Thursday morning ahead of the filed charges, Joe Stahura said he has decided to accept a plea agreement in the case.

“All I can say at this time is that I used some funds from my campaign account for personal use, I routinely paid it back, the circumstances have resulted in wire fraud and income tax violations, and I’m very sorry for my actions and am prepared to take responsibility for them,” Stahura said Thursday.

How Financial Companies Demonstrate Leadership Amid Crisis With Help From Newswire 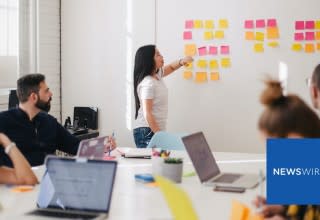